While filing taxes as early as possible is generally the right thing to do, this year may be the time to wait. Tax season in 2020 was chaotic to say the least, and while 2021 seems to be back on track, we're still seeing the effects of COVID-19.

For business owners that have a forgiven PPP loan in certain states, waiting to file may be a course of action to consider. Especially for business owners in Texas who already have an automatic extension to June 15, 2021. PPP Loans Were Never Meant To Be Taxed

At the federal level, the forgiven PPP loans were never meant to be taxed as income. And in December 2020, congress put into law the Consolidated Appropriations Act, which allows business owners to deduct expenses that were paid for with PPP money.

While there is no need to worry about being taxed by the federal government when it comes to the Paycheck Protection Program loans, business owners may still be affected by their state governments. As of right now, 19 states will tax forgiven PPP loans—through either including them as taxable income or not allowing for deductions for business expenses paid for with PPP money. 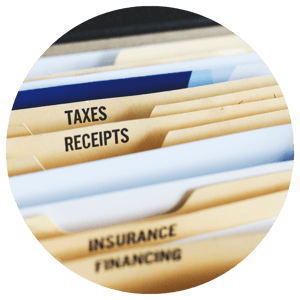 state regulations are in step with those of the federal government. However, some states use "static conformity" which means they conform to the Internal Revenue Code of a specific date. These states do not adopt changes as they happen like rolling conformity.

In those states that follow static conformity, currently at least seven of those 19 states have at least introduced bills to exclude the PPP loans from taxation. However, none have advanced and debates on the topic are still to be expected.

What Should I Do?

Honestly, it's currently unclear what the outcome might be for business owners from those 19 states that have a forgiven PPP loan. Deadlines are coming quick (aside from Texas which has had their deadline extended to June 15th due to their severe winter storms) and many states have not yet released notes on the matter. If nothing is decided soon, it's reasonable to think that people may have to file amended returns later on. Waiting as long as possible for this to play out may be in business owners best interest, but it's hard to predict what will happen.

When it comes to worrying about your taxes, most people only worry about it when tax season rolls around in late January. This is when employers send out W2’s for the year and most people get a start...

Every year, millions of Americans file their tax returns. And, every year, thousands of them miss out on valuable tax breaks and never even know about them. Here at the MB Group, we want every client...

Susan’s booklet "A CPA’s Recipe for Business Success" was recently released, and we had a quick chat in the kitchen. We asked her to share a few tidbits about what inspired the piece, as well as how...

Please send us your resume careers@mbgcpa.com